What kind of crop forecasting model does Central Asia need? 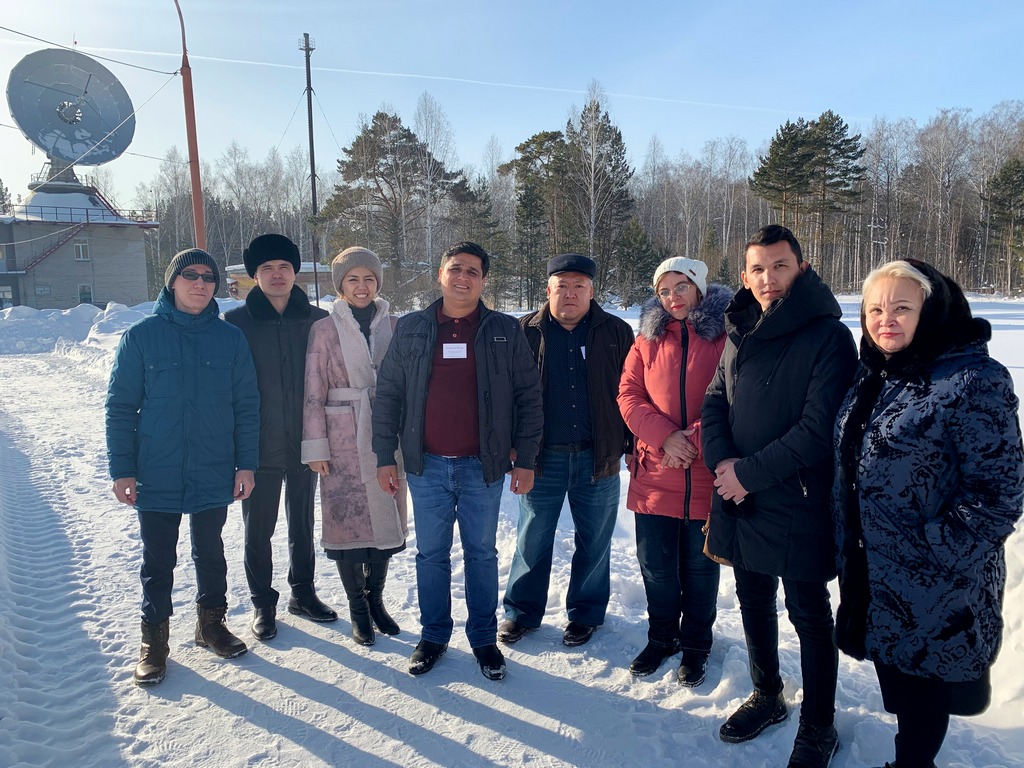 On February 3-7, 2020, a study tour for agrometeorological monitoring and forecasting specialists from national hydrometeorological services of Central Asia was held in Novosibirsk (Russia), Minsk (Belarus), and Kyiv (Ukraine). The purpose of the trip was to study the existing yield forecasting models which are currently being used in these three countries.

The trip was organized by the Regional Environmental Center for Central Asia (CAREC) as part of the “Climate Adaptation and Mitigation Program for the Aral Sea Basin” (CAMP4ASB), funded by the World Bank.

Central Asian hydrometeorological services are currently using outdated methods to predict yields, which has a negative effect on the quality of forecasts.

Meanwhile, in the context of climate change, forecasting productivity is becoming one of the most important tasks. High-quality monitoring of crop yields and an accurate forecast will reduce the damage caused by climate factors.

Predicting crop yields under climate change is especially important for the region of Central Asia, where a sharply continental climate prevails and the number of such natural phenomena as hail, frost, rainfall, heatwaves and others has been recently growing.

During the study tour, the participants performed an assessment of each model according to the following criteria: natural and climatic parameters, input data, types of projected crops, and etc.

In the nearest future, the participants are supposed to choose the yield forecast model that is most suitable for the Central Asian region.

In the future, the selected model will be adapted to the conditions of the region. Besides that, a series of training seminars are planned for specialists of hydrometeorological services with a view of its further use in operational work.

INTRODUCTION TO YIELD FORECASTING IN NOVOSIBIRSK

The first representatives of the Central Asian hydrometeorological services visited the “Planeta” Space Hydrometeorology Research Center in Novosibirsk. They got acquainted with the technical equipment, capabilities, activities of the Siberian center, learned about services, and thematic products. 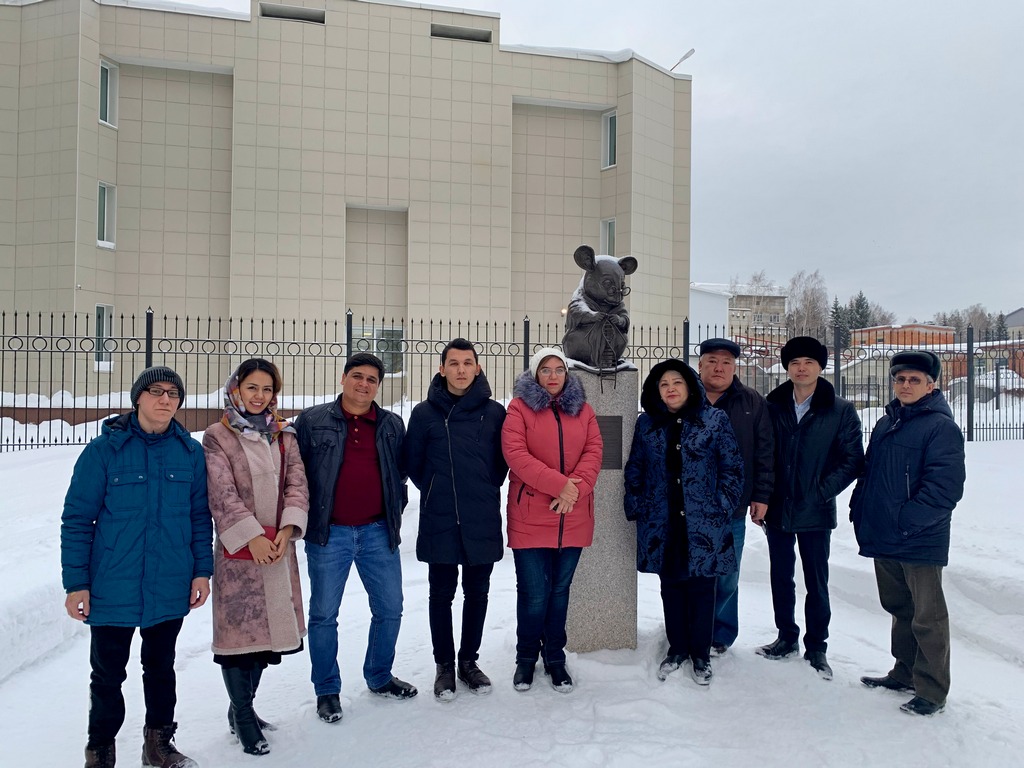 The participants studied the issues of mathematical modeling in the field of agrometeorological forecasting. They examined aspects of the practical implementation of the technology (databases, operational provision of meteorological parameters, selection of test plots, preparation of field diagrams, etc.) and the use of synchronous ground measurements in the process of setting up the model.

The participants were presented with the technology for predicting crop yields based on remote sensing data of the Earth. It is based on the integrated processing of satellite and archive data, meteorological parameters using the SDIM (System of Databases and Imitating Modeling) software package. The technology for assessing the state of grain crops was shown on the example of the southern territories of Western Siberia.

After this, they also got acquainted with the satellite monitoring of the grain crops’ state in the south of Western Siberia. The participants also learned about the technology of processing satellite images to assess the state of crops at the regional level. 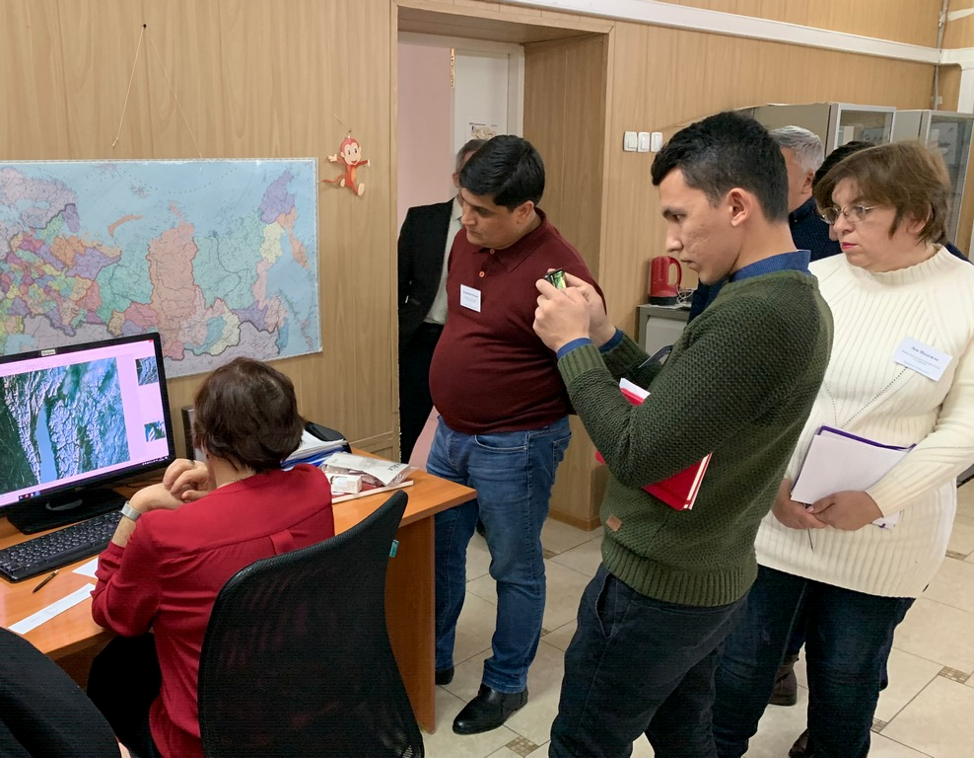 The master class called “Using satellite data in predicting the yield of grain crops on the territory of agricultural land in the Novosibirsk region” covered the following tasks:

STUDY OF THE BELARUSIAN FORECASTING MODEL 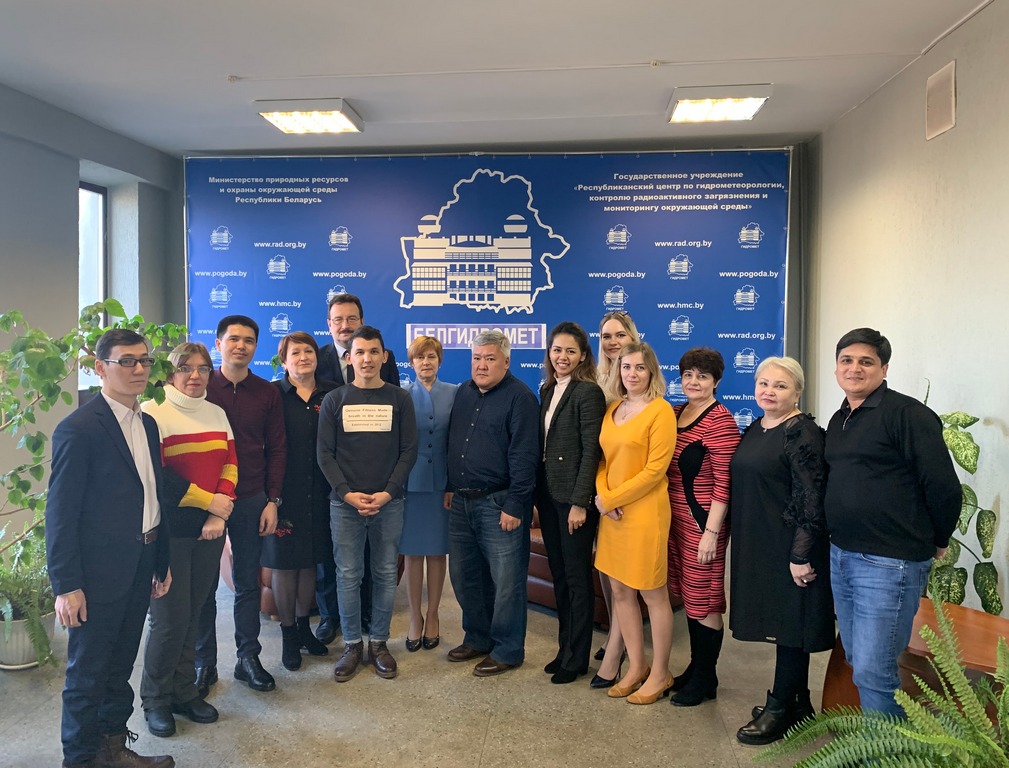 The development of grain yield forecasting software using satellite information and the use of ground-based observation data (“Forecast” software) ”was the main topic for the participants of the trip to Belhydromet. The structure of the model was examined in detail and it was also explained which input data must be calibrated in order to make the model work. The experience and results of the operation of the Forecast software in Belhydromet were studied. The participants learned about the relevance of agrometeorological observations’ optimization in the Republic of Belarus.

The possibilities of adaptation and application of the yield model to the Central Asian region were also considered. There are areas where, as a result of droughts and other climate-related events, the use of the model may not be justified. In addition, the model does not provide meteorological data, which can lead to high forecast errors for Central Asia.

After the round table, a field trip around the new meteorological station “Minsk” was organized. The participants got acquainted with the new instruments used for measuring meteorological data. 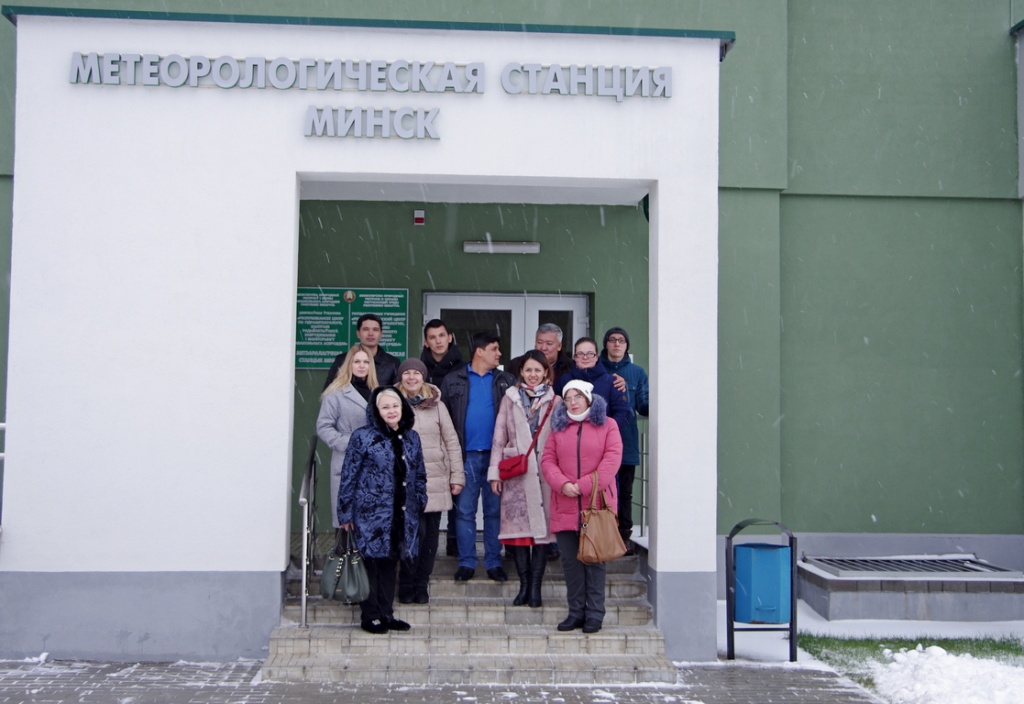 On February 7, specialists visited the Ukrainian Hydrometeorological Institute in Kyiv. The yield model “CGMS System” was discussed with consideration of the possibility of adapting the model for CA. 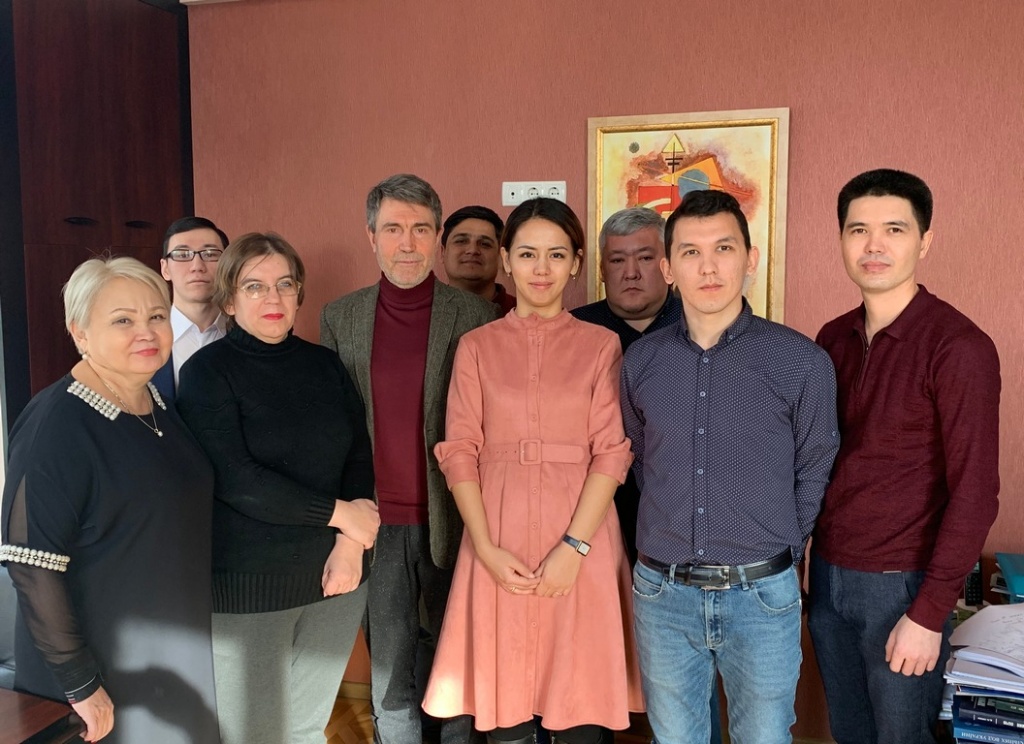 The participants learned about a system for monitoring the state of crops in Ukraine using satellite data and the CGMS Ukraine system. They discovered the process of preparing the input data for launching the yield model of CGMS Ukraine. They studied the biophysical models underlying the CGMS yield forecast model, the structure of the CGMS model itself, and the output parameters obtained as a result of modeling. They learned about the use of a biophysical model for climate research in Ukraine.

It turned out that this model has already been tested for research purposes in the northern part of Kazakhstan. It performed well. As it turned out, this model can be adapted to any type of culture. In addition, the parameters used in this model make it possible to adapt it to various environmental and climate conditions to predict yield for any period. 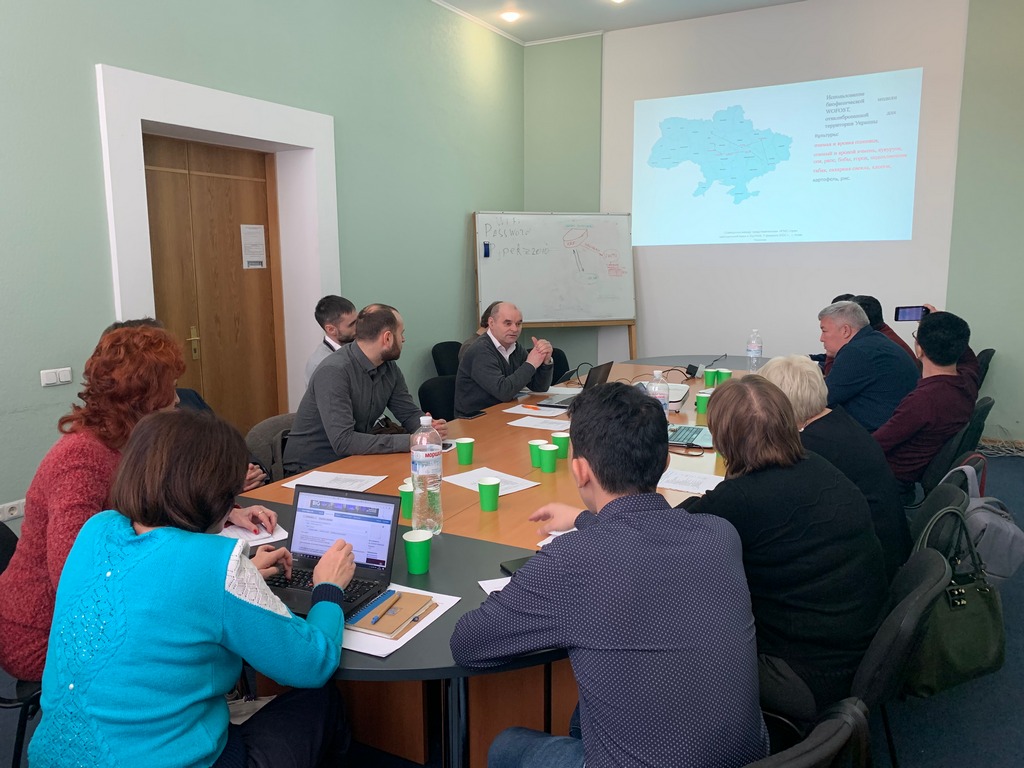 The trip, which covered three countries and showed the possibilities of modern weather forecasting, was very useful for the participants. The representatives of the hydrometeorological services of Central Asia are grateful to the CAMP4ASB program and to all of the above-mentioned for the opportunity to exchange experience in monitoring and forecasting crop yields under climate change.

Based on the assessment of representatives of the Central Asian hydrometeorological services, the most suitable model for predicting the yield for its further adaptation to the territory of our region will be determined. It is also planned to conduct training courses for specialists of the hydrometeorological services of the Central Asian countries.