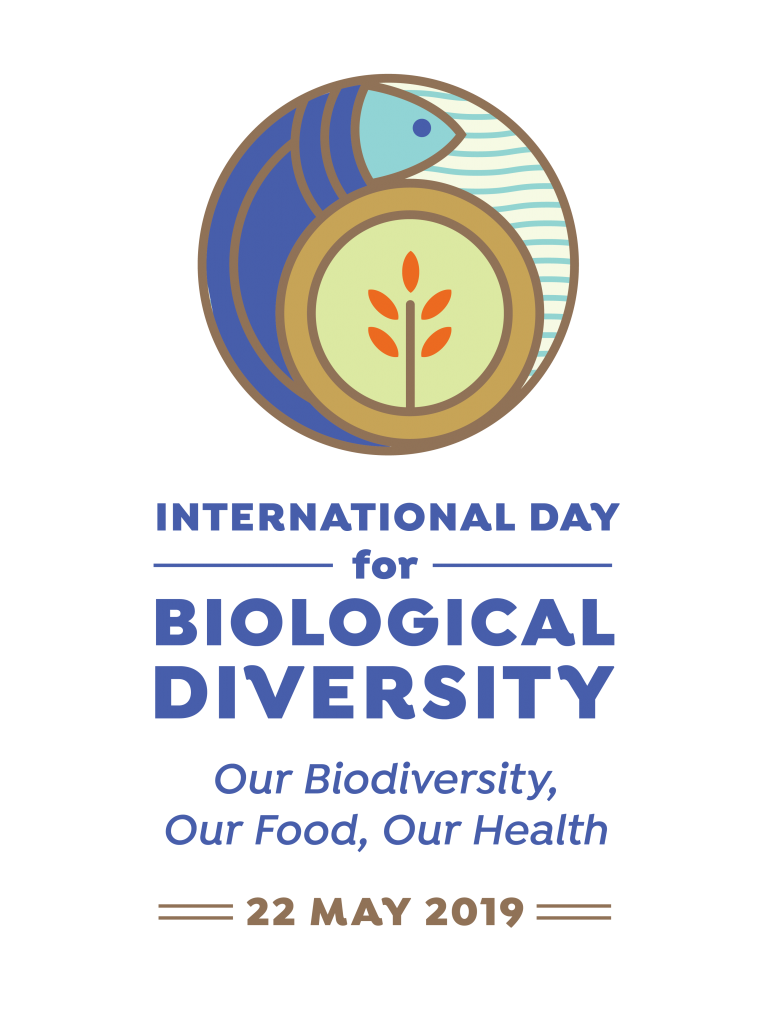 This year, by decision of the Secretariat of the UN Convention on Biological Diversity, the theme of this day “Our biodiversity, Our food, Our health”!

“From individual species through entire ecosystems, biological diversity is vital for human health and well-being. The quality of the water we drink, the food we eat and the air we breathe all depend on keeping the natural world in good health. We need healthy ecosystems to achieve the Sustainable Development Goals and to address climate change: they can provide 37 per cent of the mitigation needed to limit global temperature rise.”

“We have entered an era of rapidly accelerating species extinction, and are facing the irreversible loss of plant and animal species, habitats and vital crops, while coming face to face with the horrific impacts of global climate change.” – says Sir Robert Watson, chair of the Intergovernmental Science-Policy Platform on Biodiversity and Ecosystem Services (IPBES), and former chair of the Intergovernmental Panel on Climate Change (IPCC) in his recent article for the Guardian. He states: “We cannot solve the threats of human-induced climate change and loss of biodiversity in isolation. We either solve both or we solve neither.”

It is assumed that as a result of increased temperature, changes in water availability and projected double carbon dioxide levels, changes in forests and biodiversity can occur at two levels: structural (physiology and metabolism of trees and animals) and ecosystem functioning.

According to Conservation International Kyrgyzstan is one of 34 global "centers of biodiversity” and one of the 200 priority ecoregions of the planet according to WWFs Global. In Kyrgyzstan, there are three wetlands of world importance under the Ramsar Convention: Issyk-Kul, Son-Kul and Chatyr-Kul. 11 important ornithological territories (IBA) and two objects included in the UNESCO program as international biosphere territories - the Issyk-Kul Biosphere Territory and the Sary-Chelek National Reserve.