In his last message to the country’s parliament, Emomali Rahmon, the president of the Republic of Tajikistan paid special attention to the negative effects of climate change, especially the theme of melting glaciers.

He noted: “Over the past 40 years, under the influence of climate warming, more than a thousand glaciers have melted and completely disappeared. The current situation of glaciers requires the adoption of measures together with international and regional structures, including the organization of expeditions to study glaciers.” 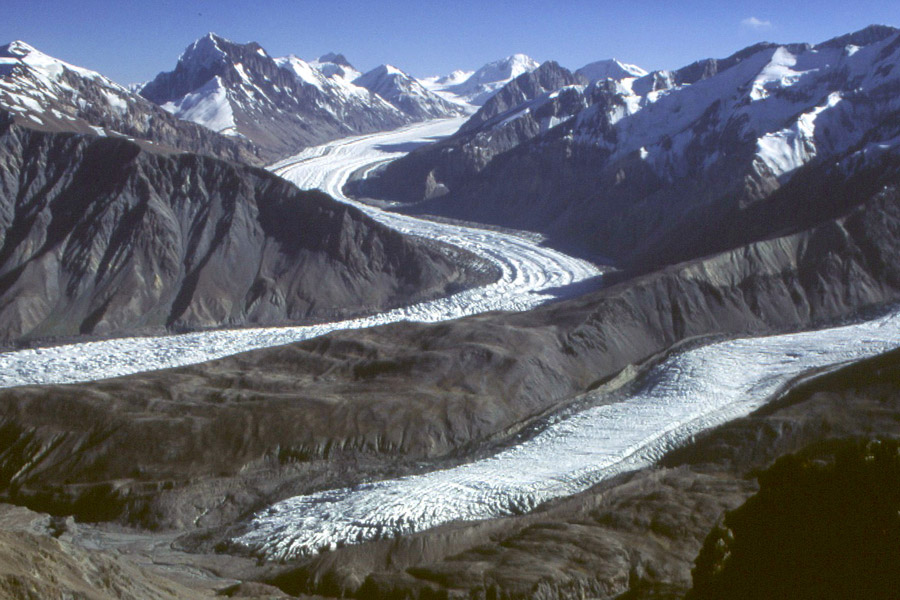 As part of the implementation of the Climate Adaptation and Mitigation Program for Aral Sea Basin (CAMP4ASB), the Central Asian Regional Environmental Center (CAREC), together with international experts, developed a webinar where audience will become familiar with the skills of working with the special MODSNOW tool (MODSNOU) allowing monitoring of snow cover and hydrological forecasting.

President Emomali Rahmon pays special attention to the situation of glaciers in the country, since 93 percent of the territory of Tajikistan is mountains, and mountain glaciers are one of the main sources of water resources in Central Asia. 60 percent of all water resources in the region originate in the glaciers of Tajikistan. According to reports, up to one thousand glaciers disappeared due to climatic changes in Tajikistan and about 35% of glaciers degraded. The intense melting of glaciers as a result of climate change poses a serious threat to the process of ensuring favorable living conditions for the population and the protection of water resources. Suffice it to say that of the 14,000 glaciers of Tajikistan, which are of vital importance for the entire region, more than 1000 small glaciers have disappeared over the past 30 years. The process of accelerated melting of glaciers as a result of increasing air temperature led to an increase in natural disasters and the degradation of the aquatic ecosystem.

According to Mr. Ramazon Rakhmonov, Director of the Center for the Study of Glaciers at the Agency for Hydrometeorology of the Committee for Environmental Protection under the Government of the Republic of Tajikistan, the main indicator of climate change: warming or cooling in recent decades, or even on a global scale, is the behavior of the ice sheet. An increase or decrease in the area of ​​glaciers, fluctuations in the glacial balance in the nutritional areas of the glacier or in the ablation (thawing) zone suggests that only climatic factors influence the vital activity of glaciers. Anthropogenic factors of changes in glacial massifs are not taken into account. Since glaciers are located in mountain ranges where people are excluded, the construction of industrial facilities that can affect the state of ice reserves, and in turn, the amount of water that feeds the river basins of a certain country or a number of countries, whose vital activity depends on water reserves in the “accumulators” of water – glaciers.

Specialists of the Center for the Study of Glaciers on duty, in any weather, work in the mountains, in places of snow accumulation, at the foot of the mountains, studying climate change, glaciers, water, wind and rain. They continuously monitor glaciers, lakes, avalanches and conduct snow surveys when glaciers move. According to observations of glacier fluctuations, changes in glacier areas, the onset or retreat of the “language” areas of glaciers conducted by the Tajik Hydromet Hydrographic Department (currently the Glaciology Center of the Hydrometeorology Agency) for representative glaciers, data were obtained on determining the dependence of the state of glaciers from the end of 50 through the 90s of the 20th century. A comparative analysis of the work carried out on the glaciers will reveal the regularity of the behavior of glaciers over the past periods, as well as the current state of glacial massifs based on the results of observations of control glaciers and obtain a result on the current state of glaciation in Tajikistan. It is worth noting that the Agency for Hydrometeorology not only predicts weather in the whole country, but also monitors especially dangerous glaciological and hydrological phenomena: pulsating glaciers, snow cover thicknesses at various heights, monitoring and prediction of natural phenomena. The Agency keeps track of the formation of glaciers.

For the Republic of Tajikistan, located at the source of the main transboundary rivers of the Central Asian region, issues related to the prevention of natural disasters associated with water, as well as the elimination of their consequences, are important. Central Asia has important geopolitical significance and the processes taking place in the region have an impact on the development of many countries and entire regions. Solving existing problems in the field of mitigating the negative effects of climate change, in the context of global development, requires collective efforts and urgent and long-term measures.

Mr. Ramazon Rakhmonov notes that for monitoring Tajikistan’s glaciers, starting in 2020, it is necessary to restore the annual survey of the country’s main glaciers, for which there are many years of observations: Zeravshansky, Fedchenko, Garmo, Skogach, RGO, Yak-Archi, as well as the pulsating glaciers Medvezhy, Didal et al. This requires funds for hiring a helicopter and expeditionary costs, modern equipment is needed to perform geodetic work on glaciers.

Thus, we see that Tajikistan is one of the countries, which are most vulnerable to climate change in the Central Asian region. On this basis, the ongoing climate change in the country is a serious threat to Central Asia as a whole. In order to change the current situation, it is necessary to actively consolidate efforts at the regional level. Otherwise, if the temperature rises at the same pace, by the end of the century the region will literally become one of the “hot spots” on the planet.