What animals today are already threatened in the result of climate change? - read in the review. International Earth Day is celebrated around the world on April 22. The goal of this environmental holiday is to demonstrate support for environmental protection. Every year on this day, different events and activities take place around the world. In 2019, this day is celebrated under the slogan “Protect our Species”!

The idea to celebrate Earth Day goes back in 1990, when, at the initiative of Stanford University, the “Decade of the Environment” was proclaimed. This idea was supported in more than 120 countries of the world.

And in 2009, the UN General Assembly proclaimed the International Earth Day, deciding to celebrate it on April 22. On this day, environmental events and educational actions for children and adolescents are held in all corners of the planet to draw attention to global problems on Earth.

In 2019 Earth Day Network (EDN) is asking people to join our Protect our Species campaign.

Nature’s gifts to our planet are the millions of species that we know and love, and many more that remain to be discovered. Unfortunately, human beings have irrevocably upset the balance of nature and, as a result, the world is facing the greatest rate of extinction since we lost the dinosaurs more than 60 million years ago. But unlike the fate of the dinosaurs, the rapid extinction of species in our world today is the result of human activity.

The unprecedented global destruction and rapid reduction of plant and wildlife populations are directly linked to causes driven by human activity: climate change, deforestation, habitat loss, trafficking and poaching, unsustainable agriculture, pollution and pesticides to name a few. A separate line in this list is the problem of global climate change. And today there is already a sad list - animals that are threatened with extinction due to climate change. Experts are already talking about 11 endangered species of the world’s fauna in the result of global warming - let's name a few of them. 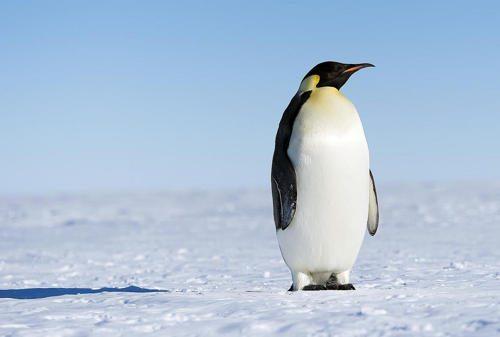 A separate list is the arctic animals that are extremely susceptible to climate change. Today, scientists believe that their populations can disappear even with slight warming (for example, if it warms to -6 ° C instead of the usual -12 ° C). Experts warn that if the pace of climate change does not change, by 2100 the current number of Emperor penguins may be reduced by 90%. And this will lead to the complete extinction of these birds. 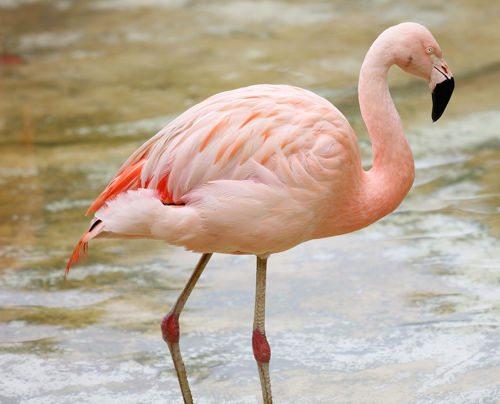 The life of the Flamingo - amazing birds that fly and nest in the territories of Central Asia (Aral, Issyk-Kul, etc.), is also under impact of climate change. First of all, they prefer to mate during the rainy season, which means that long periods of drought can adversely affect their survival rates. Secondly, an increase in carbon dioxide emissions leads to acidification, and this, in turn, leads to the accumulation of toxins in the blue-green algae - a favorite flavor of flamingos. And thirdly, the restriction of natural habitat makes them easier prey for natural predators such as coyotes and pythons. 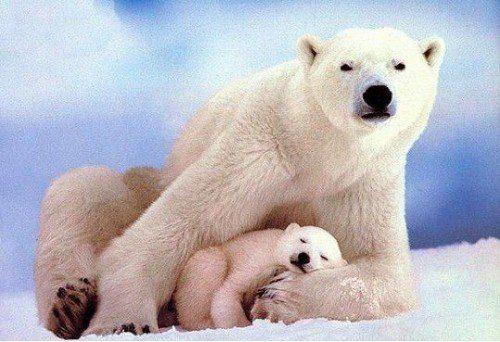 One more animal, which is also on our list: a beautiful and charismatic polar bear. It spends most of his life on the ice of the Arctic Ocean. As the ice area decreases, they move away from each other, in real life the polar bear increases the factor of instability. According to some estimates, if nothing is done to stop climate change by 2050, the polar bear population in the world will decrease by 70%.

It is not the first year, the global problem of climate change is the key theme to the Earth Day initiative. Looking back into 2016, the Earth Day coincided with the signing ceremony of the Paris Climate Agreement. “We need to act. Signing the Paris Agreement on Earth Day at United Nations headquarters is just the beginning”, said Kathleen Rogers, chairman of Earth Day Network that day.

Throughout the Network’s activities, the global issue of climate change runs like a thread through most of its initiatives. It is planned that by 2020, when the 50th anniversary of the Earth Day will be celebrated, EDN will intensify global cooperation and begin a series of thematic initiatives.