On July 27, 2021, in Dushanbe the Fourth Meeting of Representatives of Ministries of Foreign Affairs and Members of Parliaments of the Central Asian Countries on the Issues of Climate Change was conducted. This High-level event was organized within the Fourth Central Asian Conference on Climate Change (CACCC-2021) which was held as a mix of online meetings and in-person meeting in Dushanbe, Tajikistan.

This dialogue between representatives of MFAs and Parliaments of the Central Asian Countries was organized for the discussion of actual issues of environmental governance in the region and it was initiated by the Regional Environmental Centre for Central Asia (CAREC) with the support of the European Union in 2016. Since 2019 the issues of climate change are key for agendas of this platform for dialogue. The thematic focus of the Fourth Meeting of MFAs and Parliaments was addressed to order to discuss and exchange views on current issues of implementation of the Paris Agreement with respect to the legislature and strategic planning as well as engagement of the region in the international negotiation process.

During the Fourth Meeting the discussion of the legislative frameworks for the implementation of the Paris agreement and the preparation to the Conference of the Parties to the UN Framework Convention on Climate Change was organized at two plenary sessions:

·       Regional Initiatives in Partnerships on Climate Change in the Central Asian Countries.

Representatives of the Parliaments of Tajikistan, Turkmenistan, Uzbekistan, ministries of foreign affairs of Central Asian countries, Kazakhstan International Development Agency "KazAID” as well as high level officials of the World Bank, Executive Committee of the International Fund for Saving the Aral Sea, Regional Environmental Centre for Central Asia, GIZ, Secretariat of the UN Convention to Combat Desertification participated in the discussions. 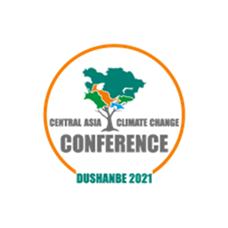