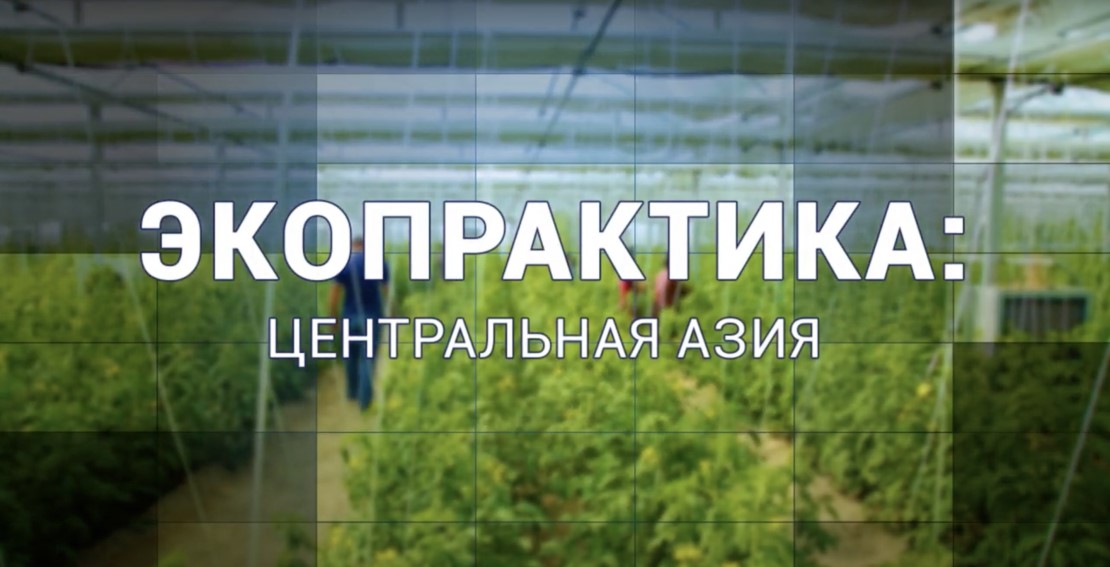 The video on climate change called "Ecopractice: Central Asia" was released as a part of the TV show on "Mir" television channel; the video can be watched here.

The TV show was created as a part of the Regional Environmental Center for Central Asia project "Climate Adaptation and Mitigation Program for Aral Sea Basin" (CAMP4ASB), which donor is the World Bank. It is dedicated to the environmental situation caused by human activities and climate change in the region as a whole and each country individually.

Central Asia is a vast region in the very heart of the largest part of the world. Despite state borders, visas, authorities and languages, the countries of the region are united not only territorially, but also by the essential common problem - climate change. Its effects can be observed everywhere; there are many droughts, floods, decreased yields, salinization of soils or increased temperatures happening in the region. This fact is evidenced by local experts, international experts and citizens, who have been interviewed directly by the filmmakers on the streets.

The first alarm bell in a series of climate problems is the reduction in the number of glaciers in Central Asia and the associated disasters that can affect the region's inhabitants. Glaciologist Thomas Sachs believes that the sooner we begin to slow down (melting glaciers), the more likely we are to stop it.

Meanwhile, even though there are the spring floods happening due to the intense melting of glaciers, the region still suffers from an acute shortage of water during the irrigation season, which negatively affects the countries' economies and causes a decline in human well-being.

Over the past 40 years, the volume of water supply per capita in Central Asia has decreased by over three times. Based on the current water consumption and population growth, experts predict a severe water crisis by 2030. The survival of almost 80% of the region's population in rural areas depends on that issue.

Climate change can be seen with the naked eye - by changing weather. Saidrasul Sanginov, deputy chairman of the Central Kengash of the Ecological Movement of Uzbekistan, notes: "When we were children, we skated and sledded. Now do children know what snow, sleds, ice on the street are?"

On April 23, 2017, residents of the village of Jalpak Tash in Kyrgyzstan woke up from a terrible noise. Due to the landslide, 65 buildings such as residential buildings, a kindergarten, a school, a mosque were found underground. It was an unprecedented size - 9 km long and a volume of at least 18 million cubic meters. In 2017 alone, landslides killed 34 people in Kyrgyzstan. Eleven more died from avalanches.

Climate change affected all Central Asian countries without any exception. To find solutions to combat the environmental crisis and adapt to those processes that can no longer be changed, all the region's countries also need to cooperate. All the characters of the film evidence this.