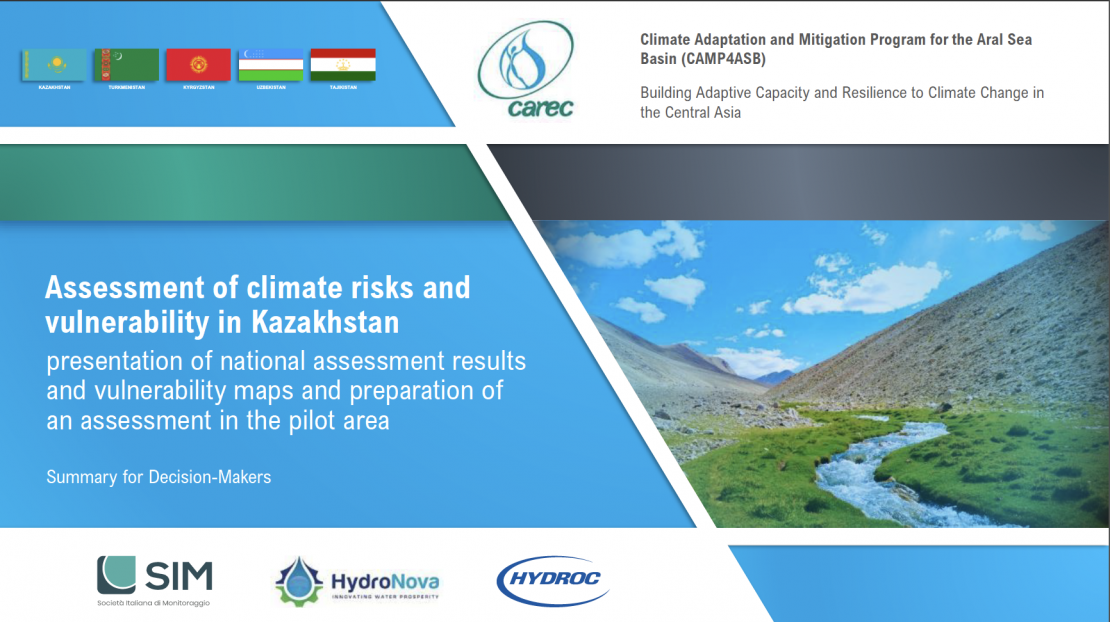 On February 11, 2021, the webinar "Assessment of climate risks and vulnerability in Kazakhstan: presentation of national assessment results and vulnerability maps and preparation of an assessment in the pilot area" took place. The event was organized by the Regional Environmental Center for Central Asia (CAREC) within the framework of the World Bank's regional project "Climate Change Adaptation and Mitigation Program for the Aral Sea Basin" (CAMP4ASB).
The event was attended by over 50 experts and practitioners from government agencies and organizations of Kazakhstan, international consultants, and CAREC employees.

In her welcome speech, the Coordinator of the CAMP4ASB project, Irina Bekmirzaeva, noted that the international experts' group has already prepared the preliminary results of the assessment and vulnerability to climate change in the countries of Central Asia. In the future, it is planned to conduct such an assessment at the level of individual pilot territories in each of the countries of the region. 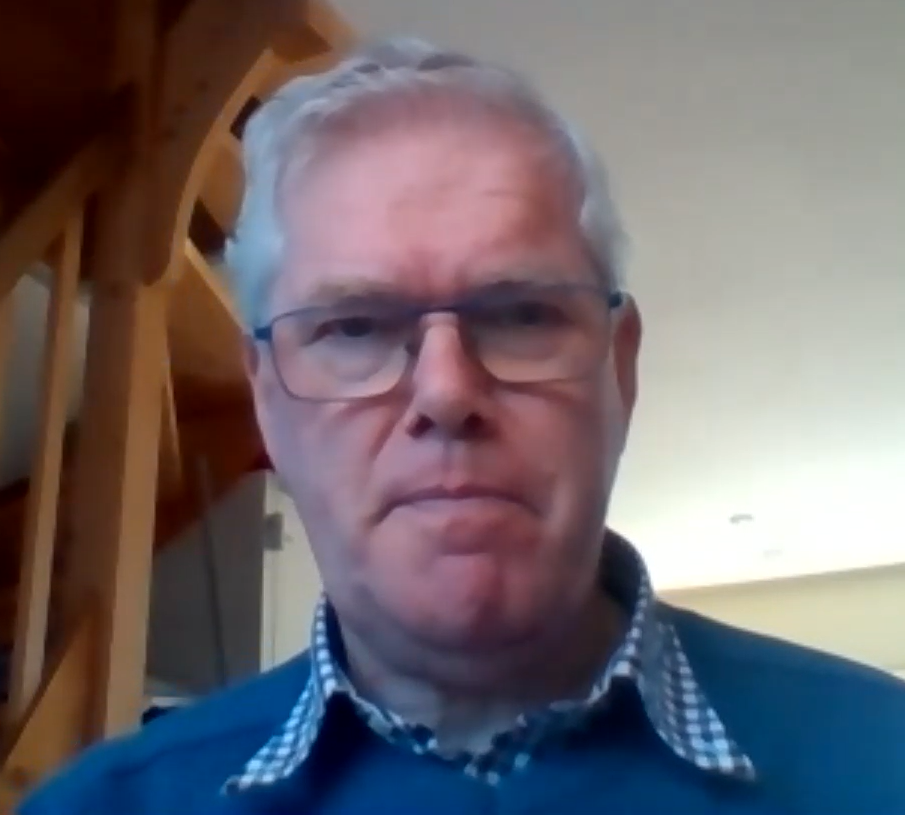 As an introduction to the assessment results presentation, Rieks Bosch, an International expert at HYDROC, said that the proposed methodology is based on a top-down analysis method focusing on biophysical impacts, climate change, and ecosystem approaches. Based on the vulnerability assessment, it is suggested to identify the regions and sectors that may be most affected and define measures to adapt to climate change and introduce them into national policies. Using cartographic information, Rieks Bosch also provided basic information on the main factors affecting climate change in Central Asia (temperature, humidity, precipitation, abnormally high temperatures, droughts) and their trends. He also examined the main patterns of climate change impacts in the following sectors: agriculture, energy, water management, health, transport, forestry, emergencies.

Aliya Nurbatsina, Deputy Director of the RSE "Kazhydromet" branch in the city of Almaty, presented national issues related to climate change. In particular, she noted the trend changes in several factors. For example, the temperature rise for every ten years is 0.34 degrees Celsius. The decrease in the average annual precipitation constitutes 0.7 mm. The Tien Shan glaciers have decreased by 15-30% in mass. And there is also an increase in the intensity and frequency of extreme hydrometeorological events (heat waves, droughts, floods, landslides). Ms. Nurbatsina also underscored statistics on agriculture losses, increasing number (1.7 times) and area of forest fires (8.3 times). To illustrate the future impacts of climate change for the next 30 years, she noted an increase in water resources in mountain river basins by 14-22%, associated with the melting of glaciers, and their decrease in basins of lowland rivers by 7-10 years.

Next, Rieks Bosch presented the results of the national assessment of risks and vulnerability. The assessment was executed based on data comparison for 1960-1990 and modelled data for 2045-2055 for scenarios RCP4.5 and RCP8.5. The results were presented as maps showing future changes under the two climate change scenarios mentioned above. They covered such indicators as maximum temperatures, duration of the warm season, total precipitation, heavy precipitation, maximum precipitation per day, duration of the dry season, and combined impact of climate change. He then presented data on geographic and socio-economic sensitivity. Based on international experts' combined data, maps of vulnerability to climate change were formed as a combination of data on impacts, geographic and socio-economic sensitivity. The presented results indicate that Kazakhstan's southern and western regions will be the most vulnerable to climate change. In contrast, in the northern areas, climate change may even be favourable for agriculture.

In his next presentation, Rieks Bosch presented the chains of direct and indirect impacts of climate change on the agriculture, energy and health sectors. The given information serves as a basis for identifying adaptation measures, such as policy and legislative changes, governance, financing, increased cross-sectoral cooperation, and investments. The international expert also provided examples of such adaptation measures but noted the importance of choosing adaptation measures based on the amount of associated costs and multisectoral effects from their implementation.

In the final part of the webinar, Rieks Bosch also explained the Sharyn River Basin selection as a pilot area with climate risks for many sectors (hydropower, tourism, agriculture, water management, forestry). He presented the baseline data and preliminary information on the risks and vulnerability to climate change in the basin.

As a next step, Georg Petersen, Project Manager for Climate Risk and Vulnerability Assessment at HYDROC, proposed to collect local data on climate, economy, climate issues, prepare recommendations on adaptation measures and complete a pilot assessment of climate risks and vulnerability for the river basin of Sharyn.