TASHKENT, September 9, 2021 – The second round table meeting, Green Growth in a Post-COVID World – presenting the green transition framework is held within 11 Green Growth and Climate Change in Uzbekistan policy dialogues and stakeholder consultations that will continue through December 2021, with the aim of accelerating Uzbekistan’s transition to a green economy.

The policy dialogue series is held jointly by the Republic of Uzbekistan Ministry of Economic Development and Poverty Reduction (MEDPR), the World Bank, and the Regional Environmental Centre for Central Asia (CAREC).

The event gathered together government representatives, leading economic development and environmental experts, as well as representatives of civil society, and international organizations to discuss Uzbekistan’s green transition framework in a post-COVID World.

The participants of the event discussed the transition stages to a green economy in Uzbekistan considering world experience, priorities and features of development in Uzbekistan. 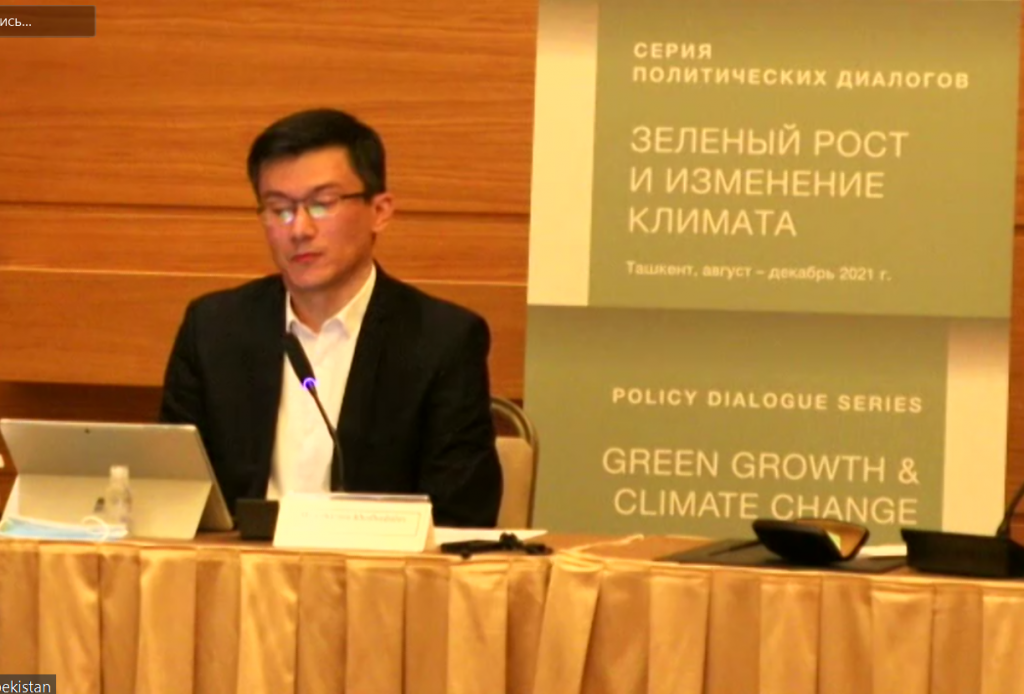 The Head of the Department of the Ministry of Economic Development and Poverty Reduction of the Republic of Uzbekistan Utkirjon Kholbadalov stressed that Uzbekistan is going to raise GDP from $1700 to $4200 by 2030 and green economy transition will boost economic growth. He noted that the definition of strategic objectives and formulation of green economy indicators is an important milestone in green growth.

The lead economist of the World Bank Climate Change Group Stéphane Hallegatte stated that green economy transition should be considered in conjunction with all other development goals.

The Lead Natural Resources Management Specialist in the World Bank’s Europe and Central Asia Region Environment Paola Agostini provided information on how the World Bank will support Uzbekistan in the green economy transition. The Senior Economist of the World Bank William Seitz, in his turn, reported the progress in green cooperation between the World Bank and Uzbekistan. 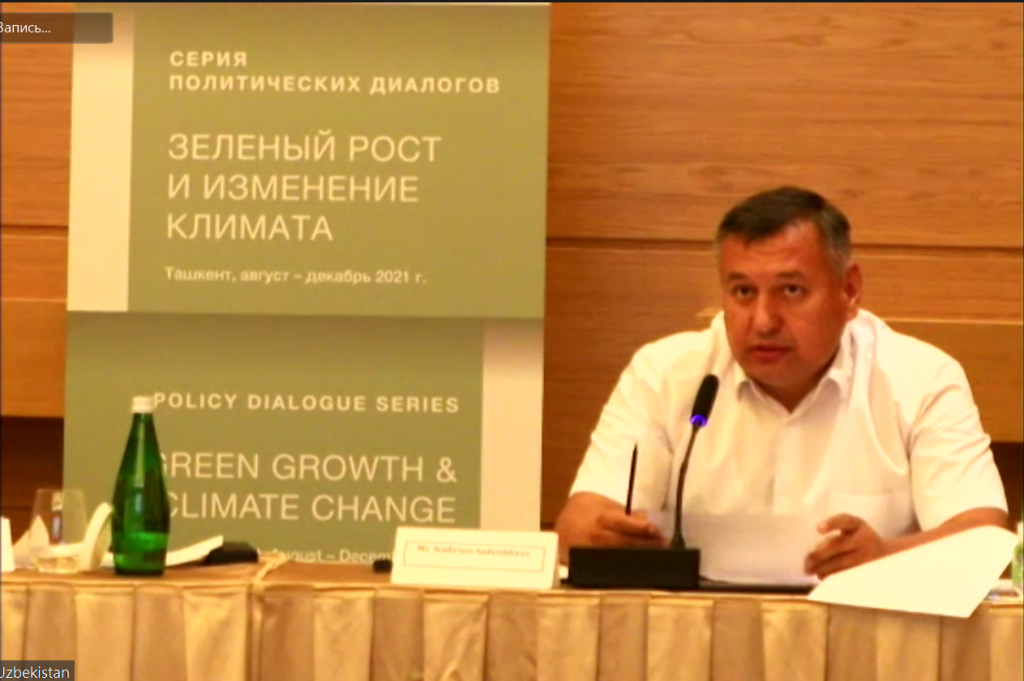 The head of the Statistical Analysis Department of the Ministry of Agriculture of the Republic of Uzbekistan Nodirzhan Sadriddinov introduced the green growth plans of Uzbekistan. According to him, by 2030, the Republic of Uzbekistan is expected to widely use ecological modes of transport, achieve a neutral balance of land degradation, increase the efficiency of water use in all sectors of the economy, increase the average productivity of agricultural products to 20-25%.

The remaining 9 policy dialogue round tables organized jointly by MEDPR, the World Bank, and CAREC will be held twice a month through December 2021. The meetings will focus on supporting green, just, and low-carbon development of industry and economy; building climate resilience; mobilizing green finance; and developing a roadmap for accelerating the transition towards green growth and climate resilience; among others.

The policy dialogue series will join all stakeholders to discuss how Uzbekistan may reach progress in achieving environmental sustainability priorities as outlined in Climate Change Strategy 2021–2023 and the Government’s Strategy on Transition to a Green Economy 2019–2030 developed by MEDPR.